Yesterday I set off at 6.50am and drove to St. Peter’s Church in Martindale to climb Beda Fell (1670ft) and Place Fell (2154ft). It has been three years since I climbed these fells. 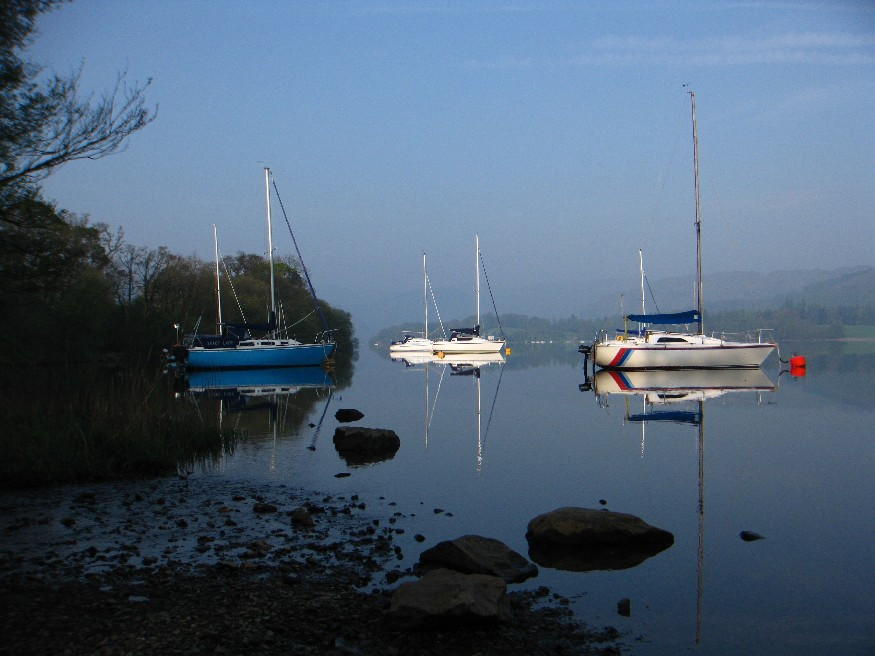 I stopped off on the far shores of Ullswater. It was hazy even this early in the morning and very still. 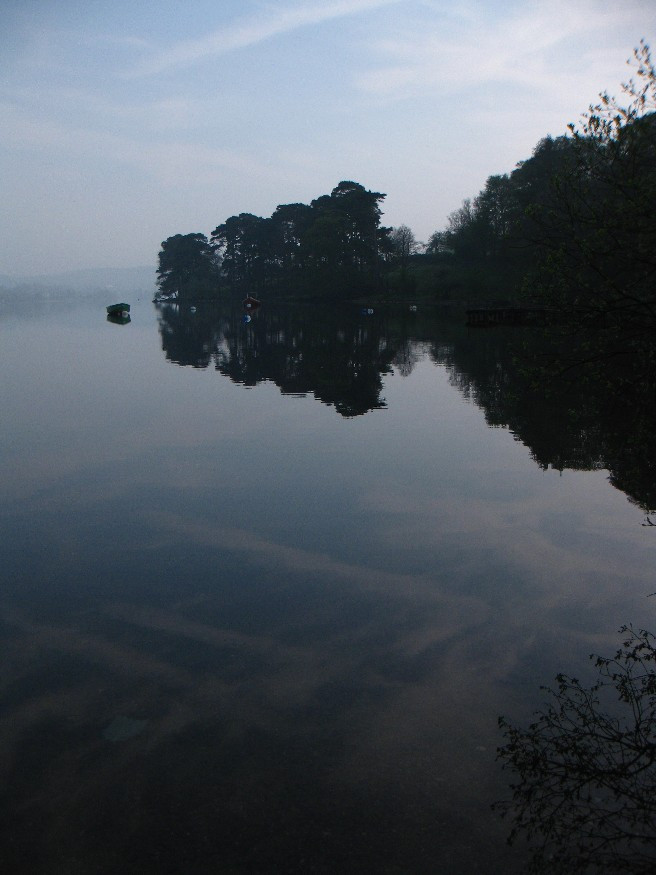 Taken from near Howtown Pier. 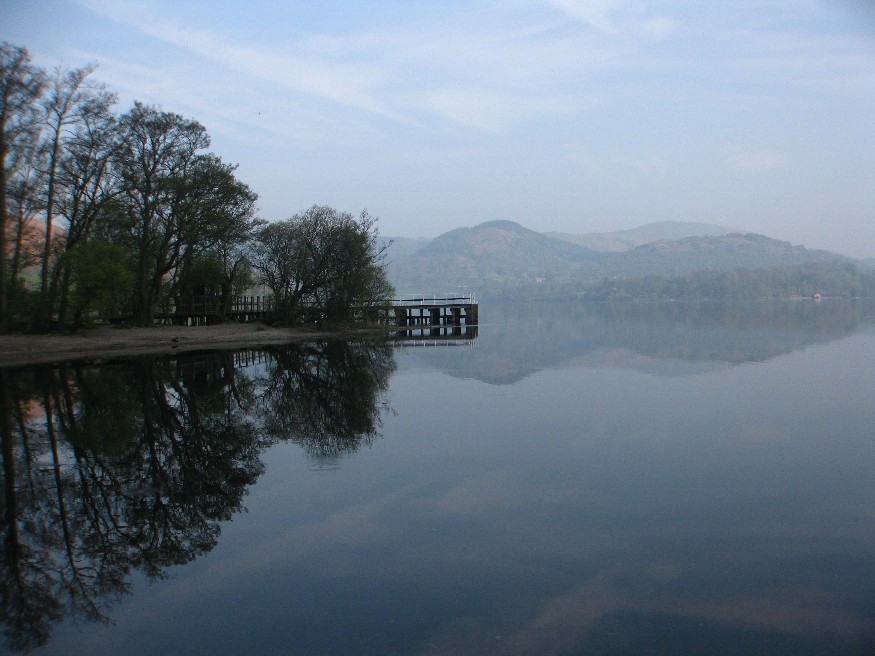 I parked at the church and set off for the mile walk to Martindale old church at about 8.20am. Undulating Beda Fell ahead with Place fell behind it. 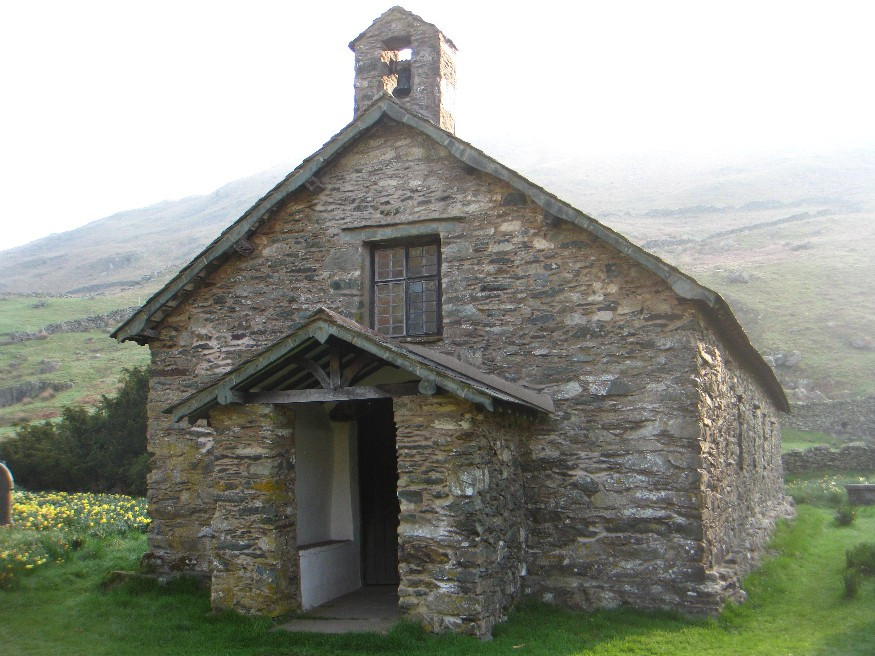 I visited the old church of St. Martin. The Parish was created out of the ancient Parish of Barton, whose monks served it until the dissolution of the Monasteries. It was constituted as a separate parish on the appointment of Richard Birket as the resident priest in 1633. The date of the foundation of the first church of St Martin is not known, but it is referred to in a De Lancaster Charter of 1220, and subsequent references have been discovered showing that the Church was already in existence on that date. The tiny bell which hangs in the west end of the Church in an open Cote is the old medieval bell which called the people of Martindale to worship for 500 years or more. It is probable that the present building was erected at the end of the 16th Century, replacing the old Chapel, a reference to which appears in a document on 13th April 1541. In 1714 the floor of the Church was flagged, a new luxury as worshippers were not willing to tolerate any longer the damp earth floor. 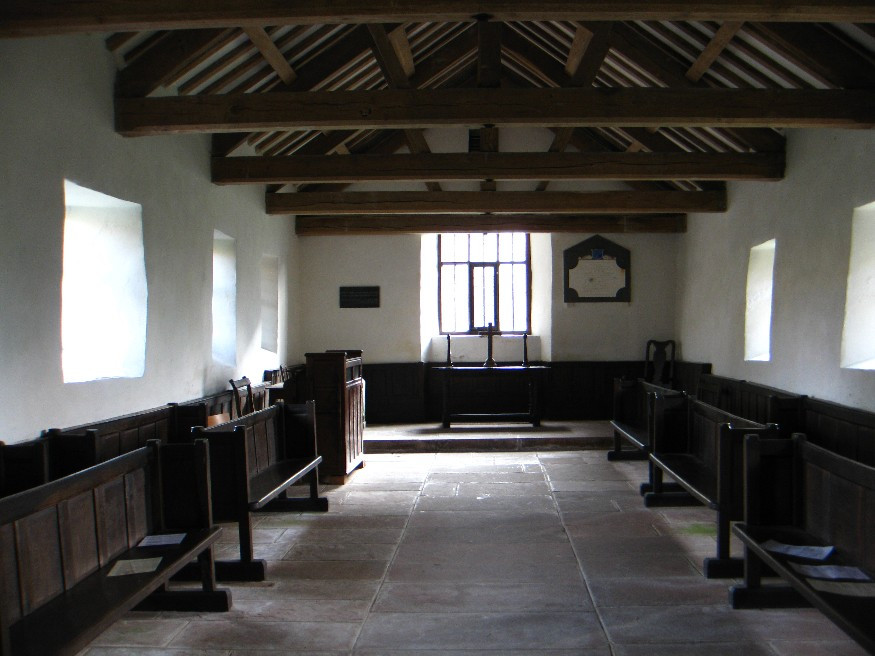 There have been successive restorations to the church the last major restoration being in 1882 when the roof was replaced, for on the day that the New Church, St Peters, was consecrated, 6th January 1882, the roof of the Old Church fell in during a violent storm. At the same time the old box pews were removed, and the singers' and musicians' gallery was taken down, and new window frames installed.

The old church is still in use. Usually evensong is held at St Martin's on the last Sunday of the month from May to August at 5.00pm.

This is the view as you leave the church. The route up Beda Fell begins just behind the white building. 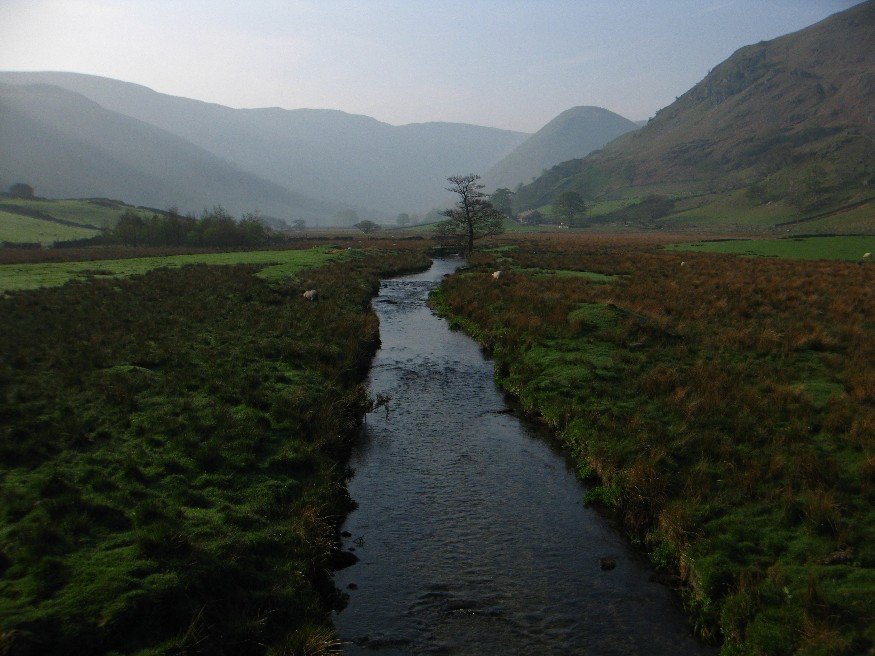 From the bridge looking into Martindale valley. The Nab just peeking out ahead.

The hazy view you get when you reach the ridge. There is a seat here and as it was really hot I converted my trousers into shorts for the first time this year! There was not the slightest breeze! 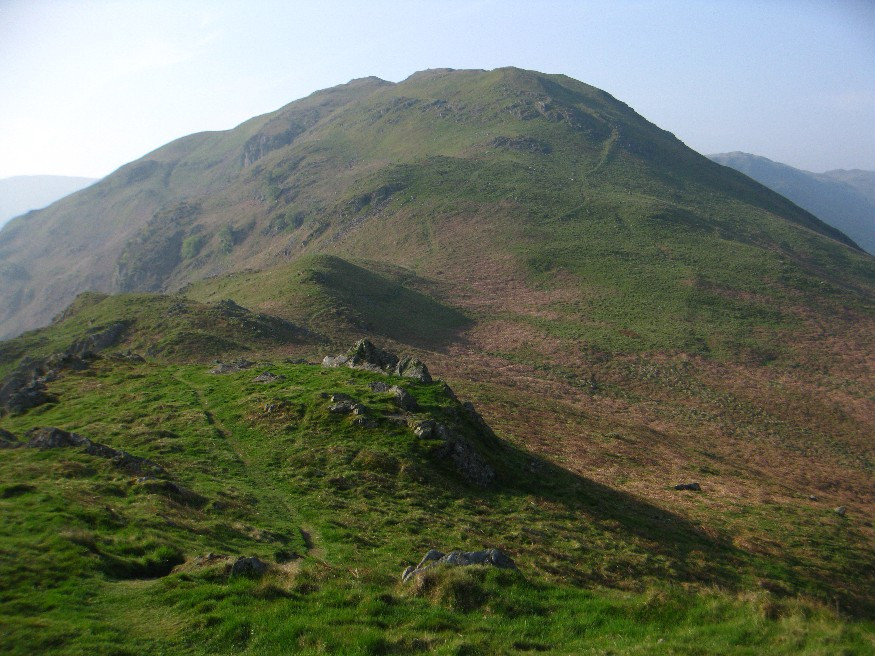 Undulating! And this is not the summit!

A very small shelter, room for one only! 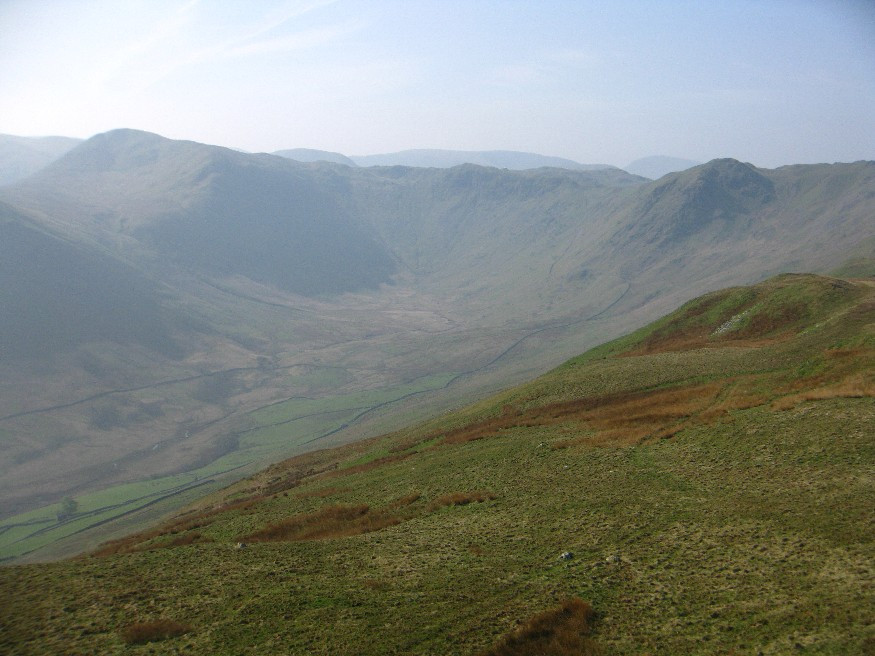 View into Bannerdale. The edge of Nab, then Rest Dodd on the left.

Boredale, and my route round and up to Place Fell. 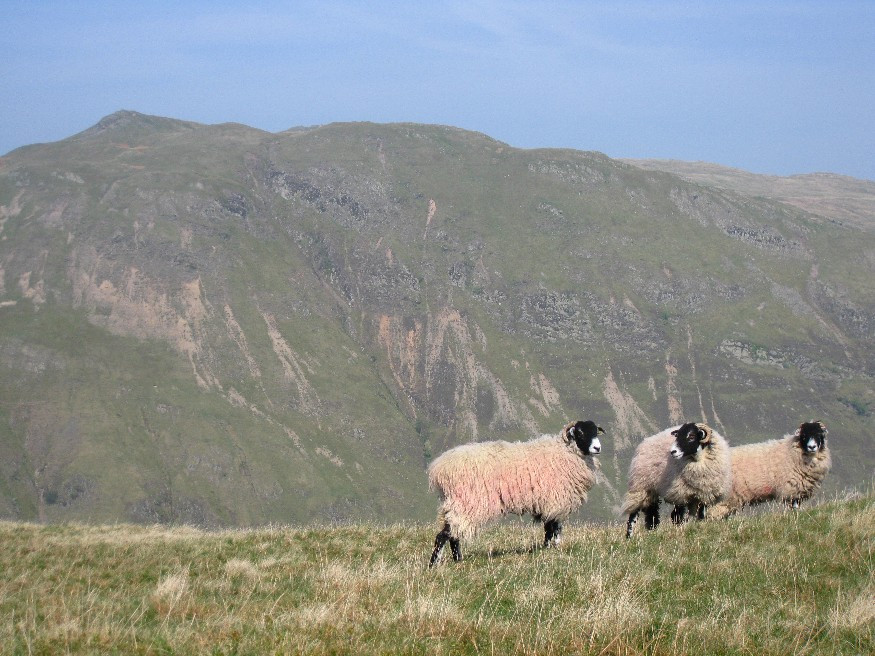 I saw no one until I reached Place Fell summit. Just sheep to talk to! There is a cairn to mark where you need to come off the ridge and take the path on the right for Boredale Hause. 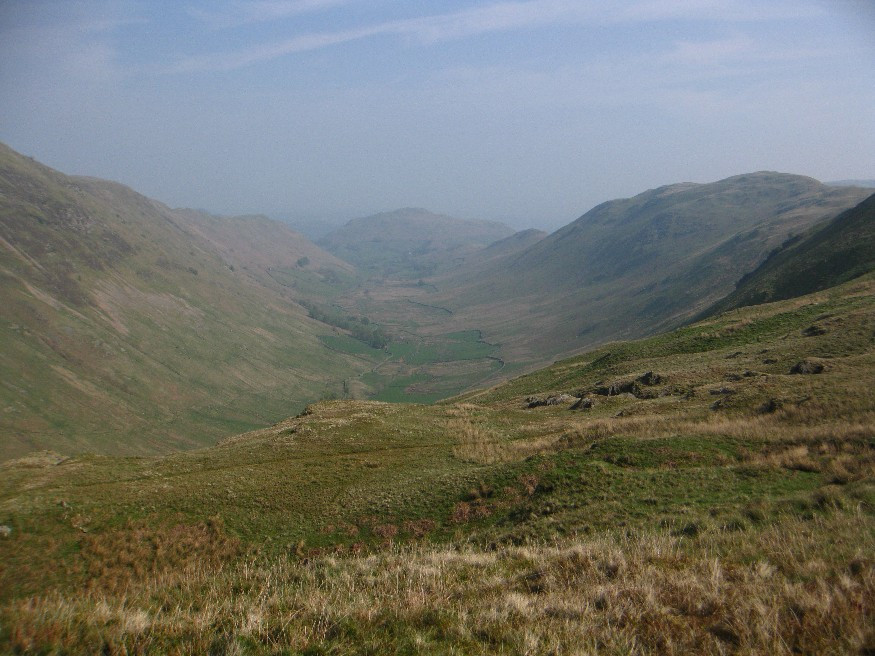 The view back down Boredale.

The route up Place Fell. 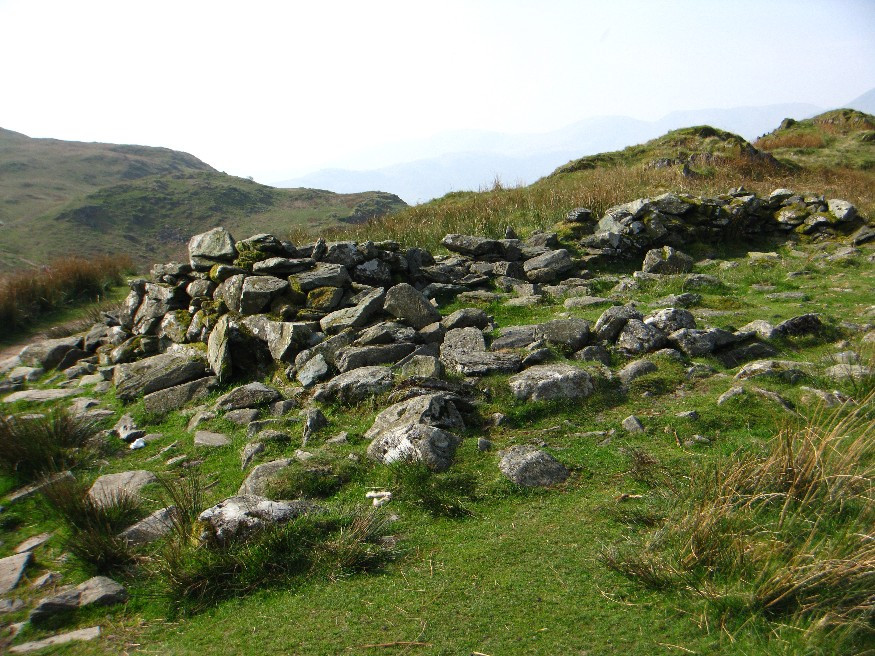 The Chapel In The Hause, the remains of a medieval chapel from before 1220 on Boredale Hause. 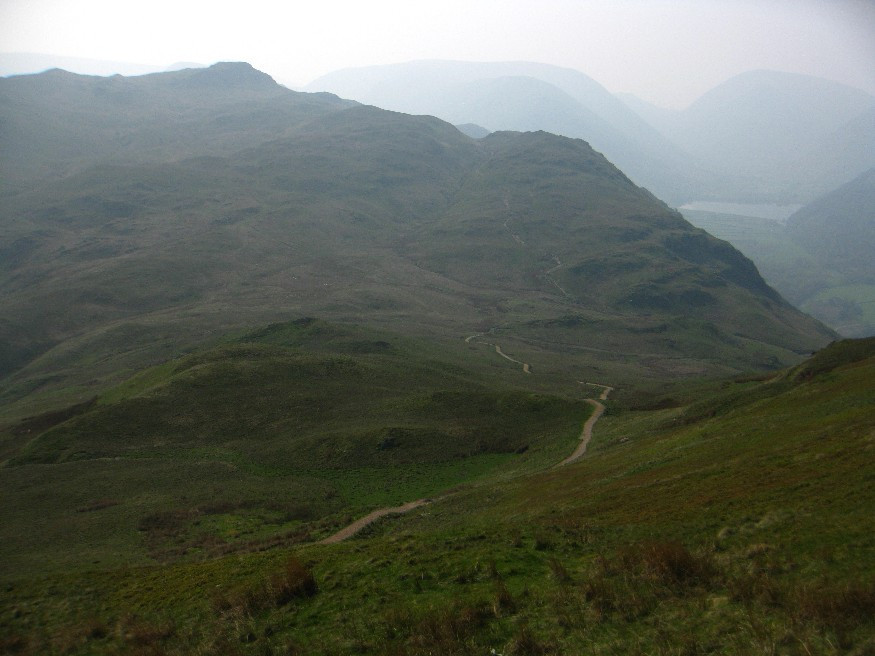 Looking over to Angletarn Pikes and Brothers Water 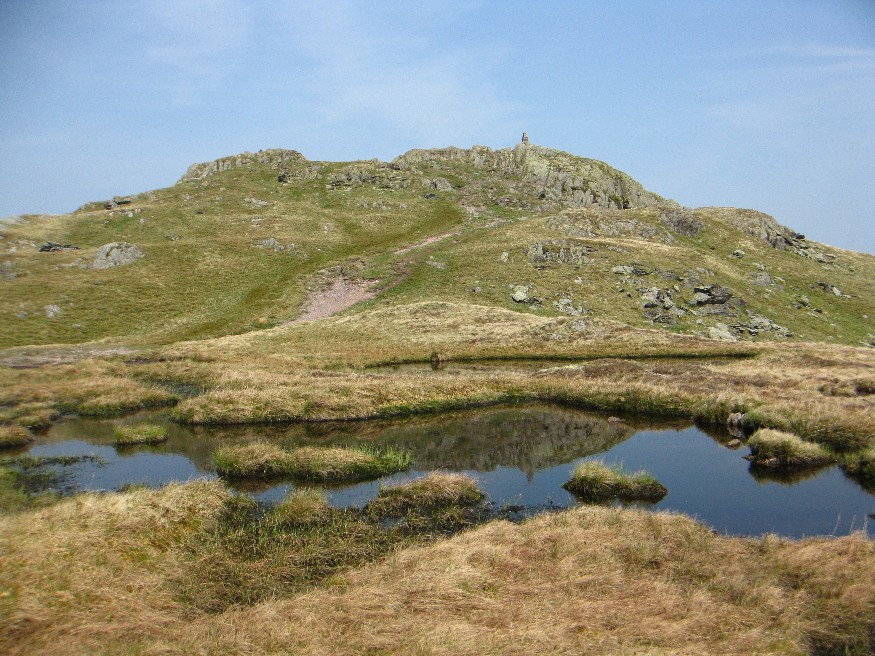 The small tarn where I would have my lunch. 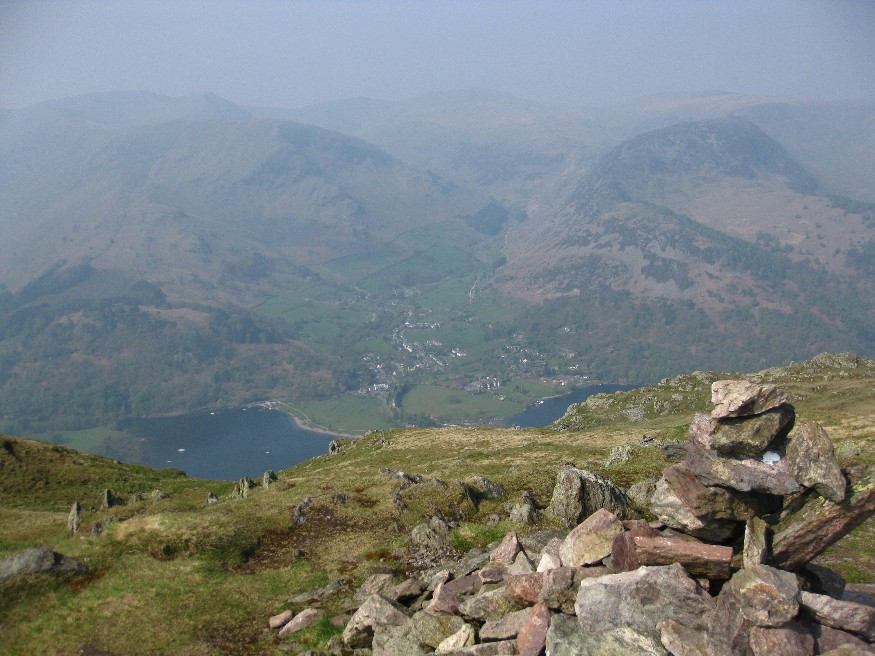 View down to Glenridding. Helvellyn range at the back. 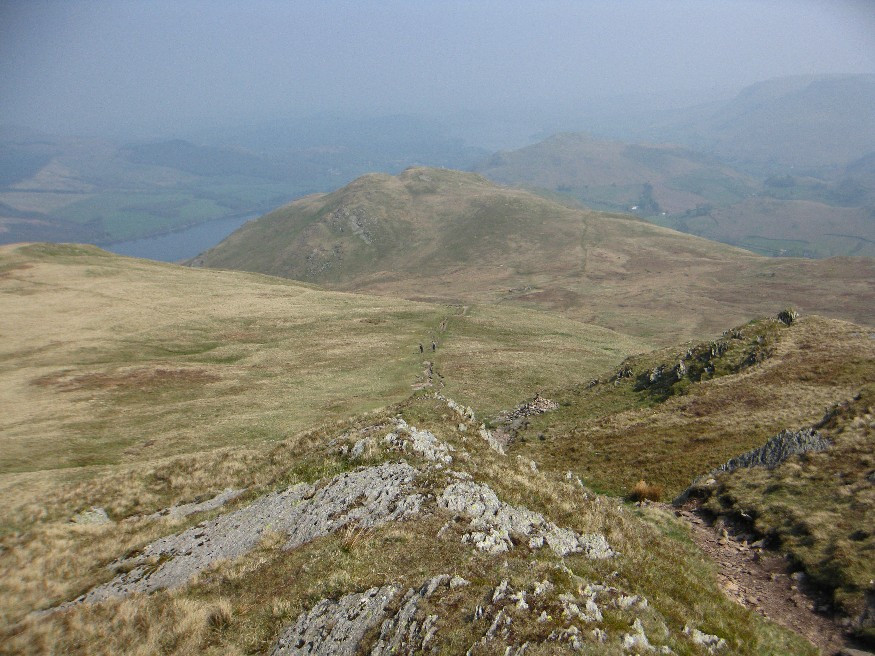 The path which heads off to the right is very clear all the way..

Eventually there is a right turn to head down into the valley. The start of the Beda Fell ridge is on the right. 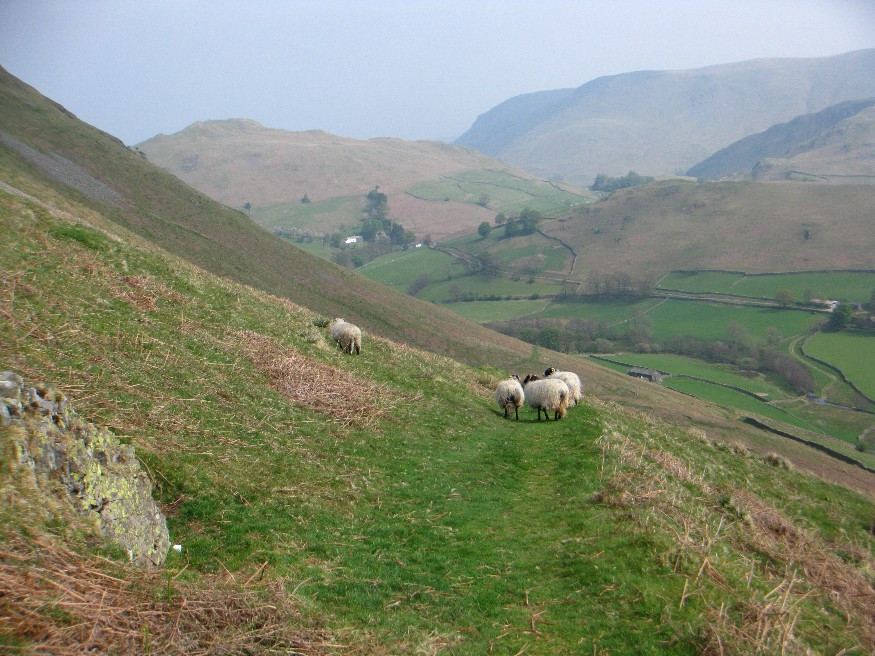 I do a bit of sheep herding! There is a route down to the farm and across a footbridge to the road, just a bit futher on, but I decide to head on to the end of Place Fell and take the public footpaths back to my car

I now head down to the road, turn right and cross the large bridge to Bridge End and the footpath to Howtown.

The second bridge and stile I have just crossed. 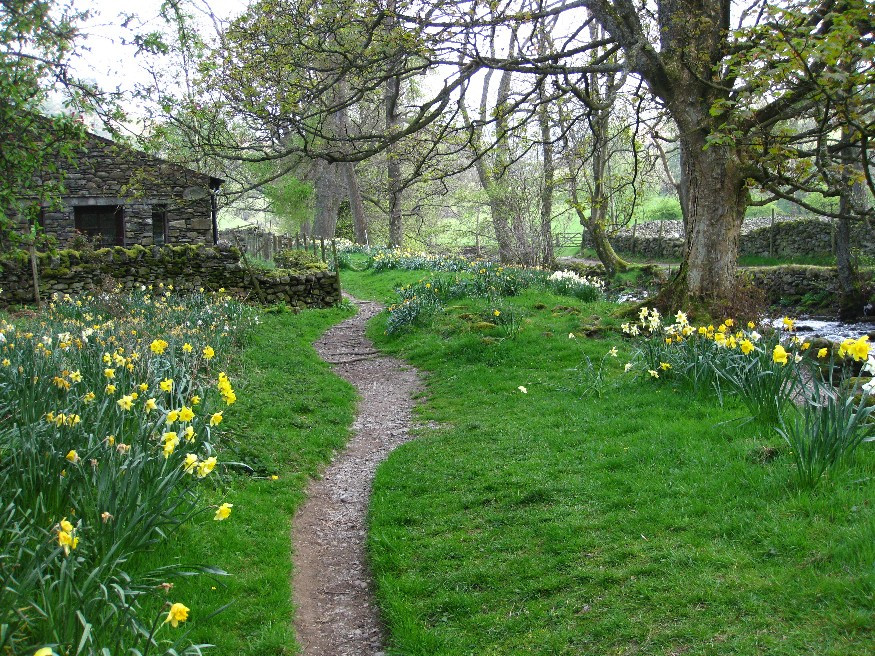 It follows the river then crosses a field.

The blossom is out. My route down the grass of Place Fell seen behind. 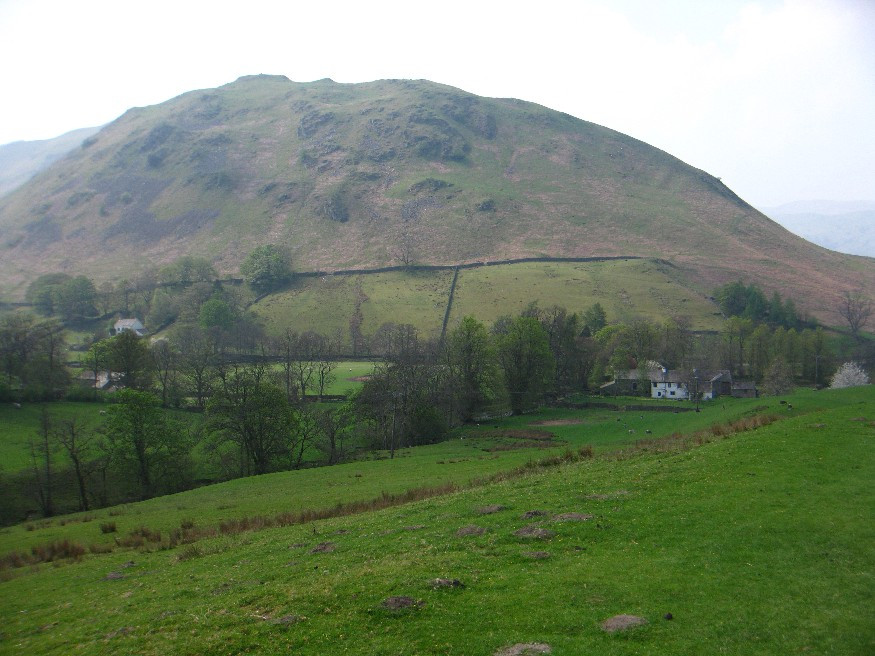 Looking back across the field to Place Fell. The path I took is behind the wall.

There are a few unusual stone wall stiles to cross then the path takes me back directly to my parking space opposite St. Peter`s Church.
The walk took five hours and ten minutes and is just over 7 miles. Pity it was so hazy. I have never known it to be so hot in April. Last Easter Sunday I was walking the fells in snow, and Easter was only two weeks earlier than this year!
Jo.