It was a nice day today but heavy, dark cloud in the hills and we didn`t fancy a drenching. So Janet and I took a walk from my house up to the north end of Walney with Poppy and Miffy and Janet`s brother`s dog, Daisy….she is in the photo below….a Springer/Cocker cross 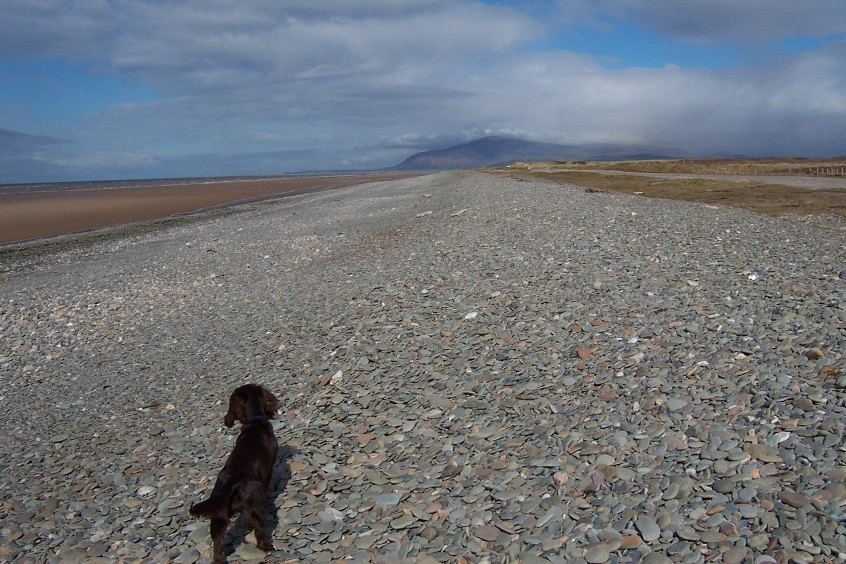 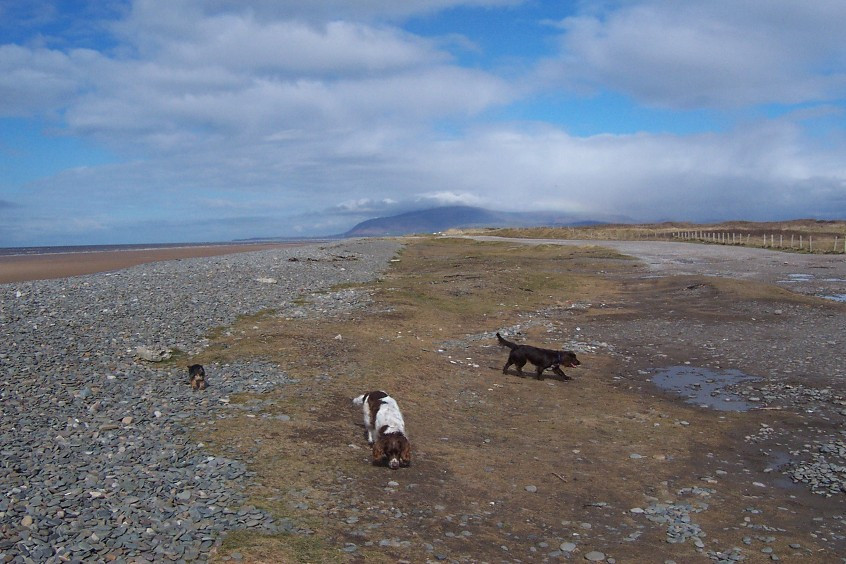 The dogs love the beach! 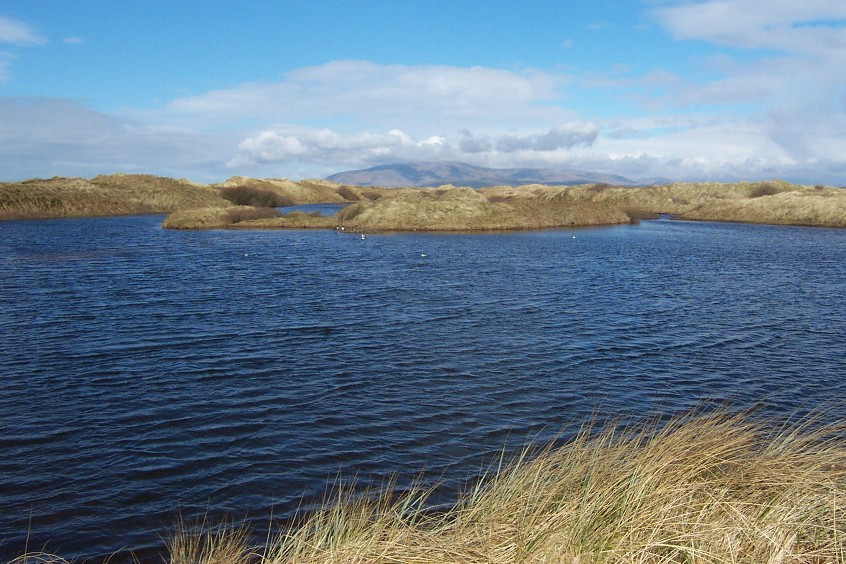 We then headed in amongst the tarns 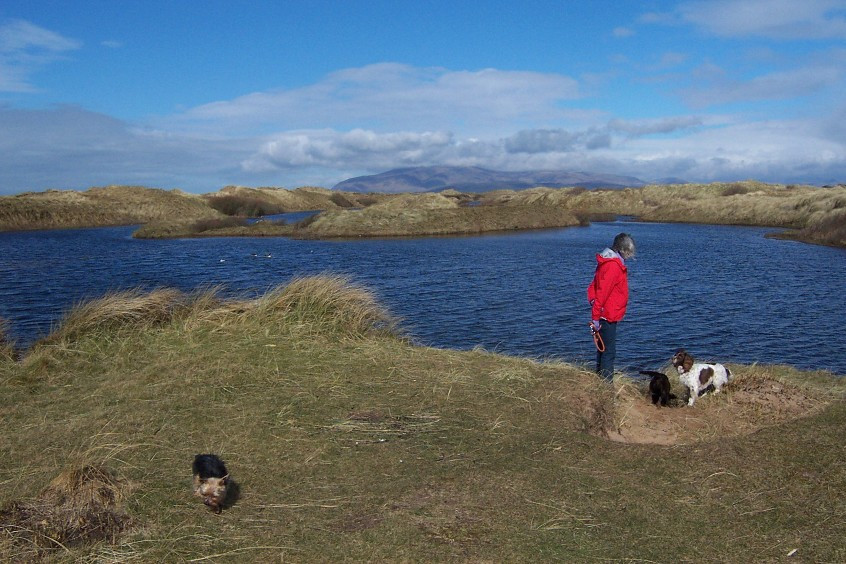 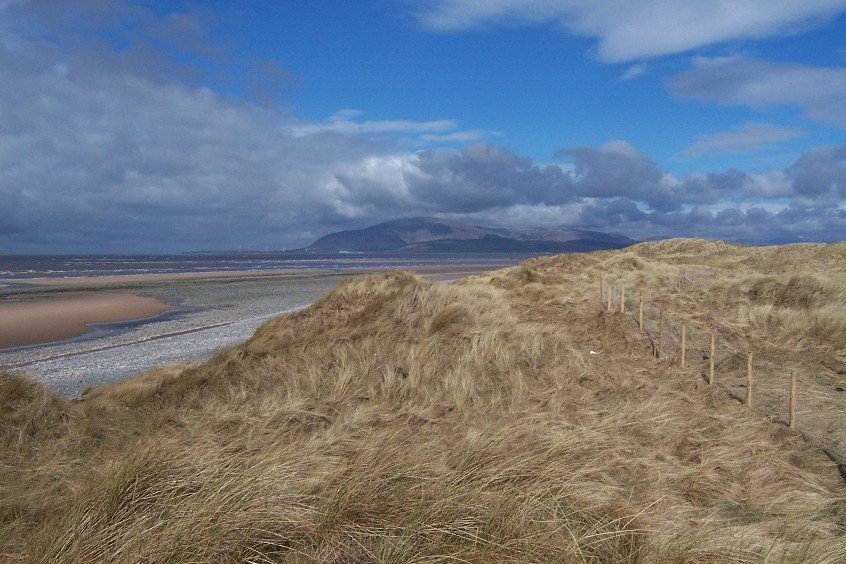 Then off over the dunes and back along the beach. 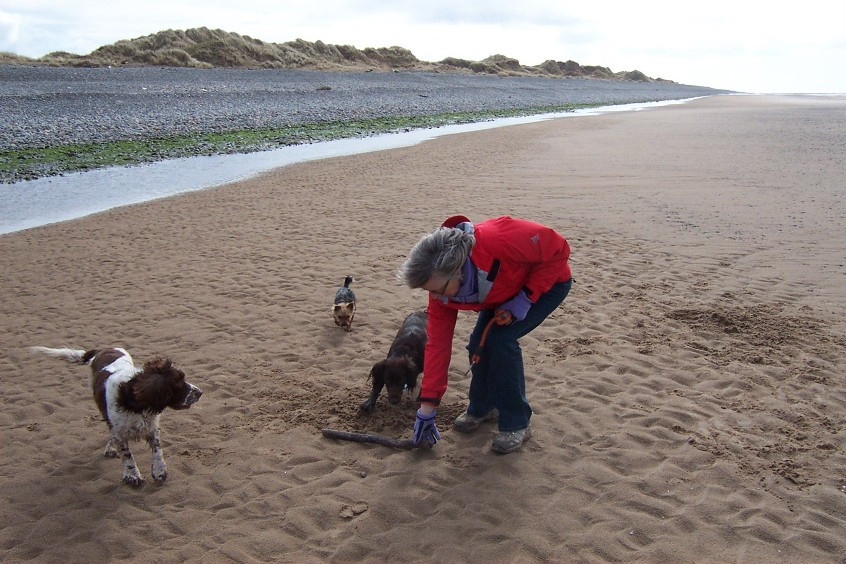 Poppy and Daisy love to fetch sticks....Miffy found an old dog chew, her version of a stick! 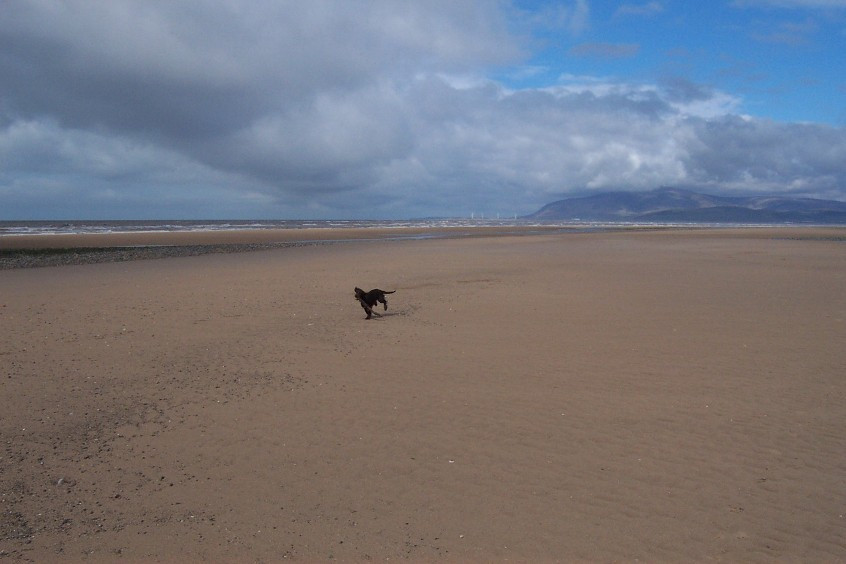 Only a short walk but the dogs loved it, and it blew all the cobwebs away. Heavy rain is forecast for the next few days. But I have two tonnes of bark ordered so I`ll have that to wheelbarrow around the garden to keep me busy!
Jo.